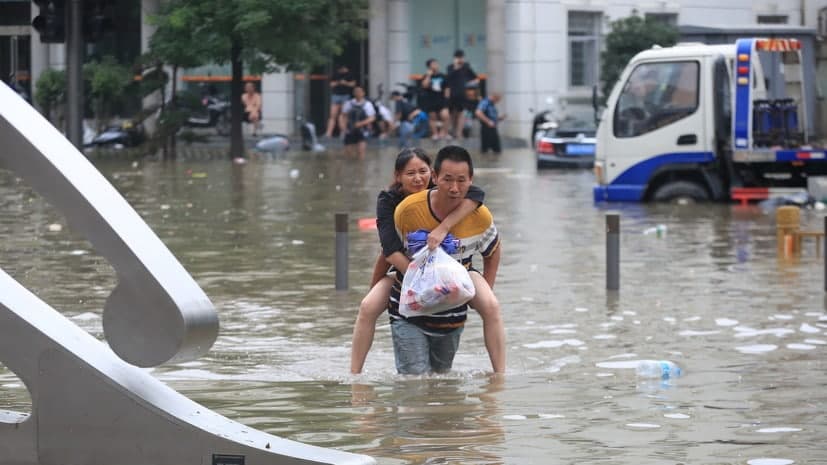 In central China, heavy rainfall triggered floods. In Zhengzhou, the subway was flooded. Eyewitnesses, locked by the streams of water, tell how they had to stand on the seats in order not to choke.

In cities, roads have turned into rivers, and dams in the region are overflowing.

The death of 12 people is reported.