Главная / Bloggers / Column of the editor in chief Elvira Gavrilova

Column of the editor in chief Elvira Gavrilova 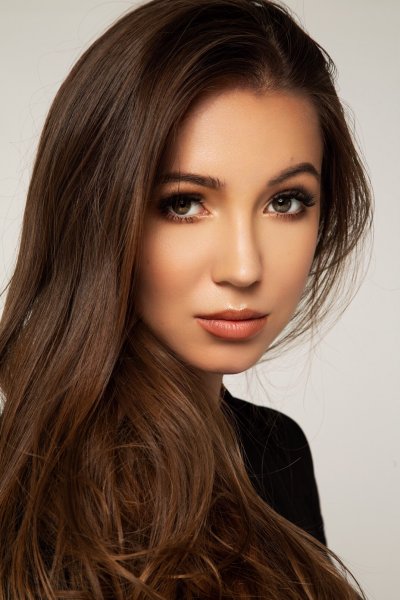 – is a young and successful Ukrainian business woman, journalist, public figure, philanthropist, designer, business coach and producer of many successful projects in demand both in the domestic market and abroad. She is the editor-in-chief and ideological inspirer of the all-Ukrainian business magazine “Financoff”, which, earlier, for 17 years, was called “Money Plus”. First, Elvira turned the newspaper into a magazine, and then, after a successful rebranding, Financoff magazine reached a new level, becoming the only all-Ukrainian business gloss.

It is worth noting that for more than 10 years of vigorous activity, Elvira Gavrilova has shown herself as a brilliant producer of numerous projects. In parallel with journalism, the Financoff editor-in-chief actively developed her own brand of women's clothing "Elvira Gavrilova", which is in demand both in Ukraine and in Europe and Asia. Traveling the world with her collections, Elvira has repeatedly noticed that, unfortunately, Ukrainian designers and our country in general are little known in the world. The desire to correct this annoying fact inspired the producer for another high-profile all-Ukrainian project “Pride and Beauty of Ukraine”, developing in four directions, which, according to Elvira Gavrilova, Ukraine should be proud of. “Pride and beauty of Ukraine. Women”, “Pride of Ukraine. Men”, “Future of Ukraine. Children" and "Basis of the Ukrainian economy. Companies".

Each of these projects forms the basis for the annual glossy catalog "100 of the best among the best”, which Elvira Gavrilova and her team present in the framework of grandiose gala concerts. By the way, the producer organizes them independently, without involving an event or PR agency.

Working with talented children in the framework of the project “Future of Ukraine. Children”, Elvira had a few more ideas that are being successfully implemented today. This is the project "Education in Great Britain", thanks to which many talented young Ukrainian students are successfully studying in the best colleges in this country, and hundreds of children have visited the UK as part of their acquaintance with the culture and educational process of the United Kingdom.

Elvira Gavrilova adores children, so she helps children who are deprived of parental support and love in every possible way. This is how the charity projects "Help" and "Charity Calendar" were born.

You can find out more about all Elvira Gavrilova's projects on her personal website at the link: https://elvira-gavrilova.com

The finalists of the ratings, which conducted successfully and on a grand scale by Elvira, began to turn to the producer for advice. More and more such people appeared. Therefore, now a successful producer decided to share her experience on her blog.

Elvira Gavrilova's blog offers useful advice from a successful business woman. All the business and personal development techniques that you will learn about from her blog have been successfully applied in practice. The great experience over the fragile shoulders of the producer prompts her to share it with you. Elvira knows where to put out feelers and will teach you how to do it!