Sex scandal 30 years long: why the world take up arms against Woody Allen

Allen’s biography is so confused that it is initially very difficult to understand who belongs to whom in his family and why his last marriage (supposedly with his daughter) is not what it really seems.

So, Allen was officially married three times, and is also known for numerous novels, during which he shot his mistresses in films. In 1980, Woody began his relationship with actress Mia Farrow, who separated from musician Andre Previn before meeting him. In the marriage, Mia and Andre had seven children: three common sons Matthew, Sasha and Fletcher and three adopted daughters of Vietnamese Lark Son and Summer Song, as well as a Korean woman Sun-Yi.

Allen never married Mia and did not adopt her children from his first marriage. At the beginning of the novel, the couple lived separately in their apartments in Manhattan – Mia had an apartment in Central Park West, and Allen had an apartment on Fifth Avenue. Allen did not have much paternal love for the children of Farrow and did not spend much time with them, but in 1985 Mia adopted another girl from Texas – Dylan. Woody became attached to the child and to another adopted son of Mia – a boy from South Korea Moses. Also in this relationship, they had a common son – Ronan Farrow. In 1991, Woody adopted only two of Mia’s adopted children – Dylan and Moses. 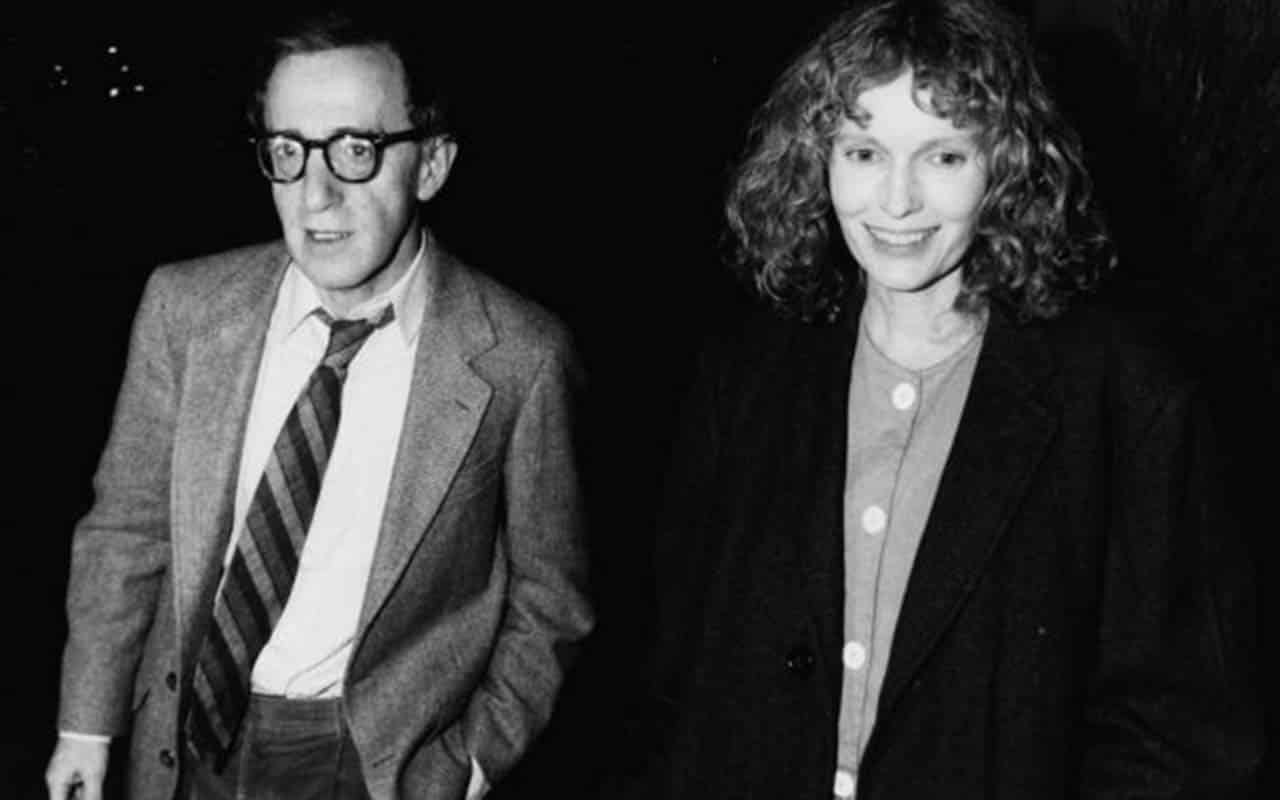 Woody’s relationship with Mia ended with a scandal 12 years later. The woman accused him of molesting her daughter Sun-Yi, because in 1992 she found her nude photos in Allen’s apartment. As it turned out, the relationship between Woody and Sun-Yi began in the winter of 1991, and the director himself confessed to Farrow that he and her adopted daughter had repeatedly had sexual intercourse. The girl at that time was already 21 years old, Woody – 56. But, according to the testimony of the doorman and housekeeper Allen, it turned out that he and Sun-Yi allegedly started dating when the girl was in high school.

After such statements, Mia broke off any relationship with Woody and wanted to cancel his adoption of children, but this did not work out for her, although he could no longer see them, as well as with his biological son Ronon. The lovers themselves claimed that they began an affair after the end of the relationship between Woody and Mia and that their relationship was not illegal, because Woody had never been the girl’s father, and she was already an adult.

Everyone knew about the novel of the director and Sun-Yi, and Allen was forced to give a press conference in August 1992, at which he told his story and admitted that he loved the girl. 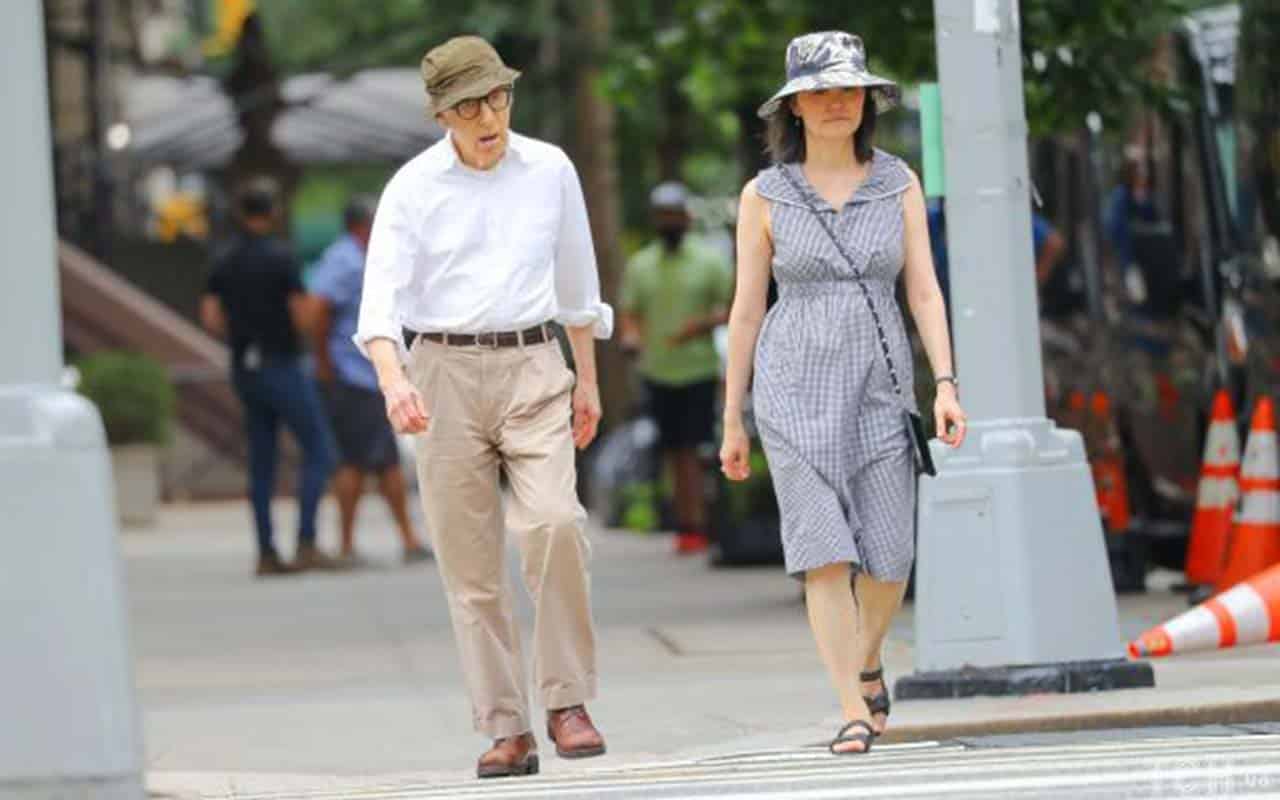 The girl has always been Allen’s favorite, and he spent a lot of time with her while he was in a relationship with her mother. After parting, he rarely saw her, but continued to be her father according to documents.

On August 4, 1992, the director visited his children at the Farrow country house in Connecticut. He and Mia had to sign documents according to which Woody would pay her 6 thousand dollars in monthly alimony for his three children.

On that day, Mia had to leave the house, and Allan stayed with Dylan and the other children, there were also many other people in the house: a nanny, a French tutor, friends of the children. The next day, the nanny told Mia that she saw Allen kneeling in front of Dylan, and the girl herself confessed to her mother that her father took her to the attic and allegedly touched her intimate parts. The worried mother took the child for examination, but no evidence of sexual abuse was found.

A protracted trial ensued, during which it was revealed that 7-year-old Dylan had seen Allen and Sun-Yi having sex, but they denied any such accusations, stating that the child was under the influence of an embittered mother who instilled it in her. 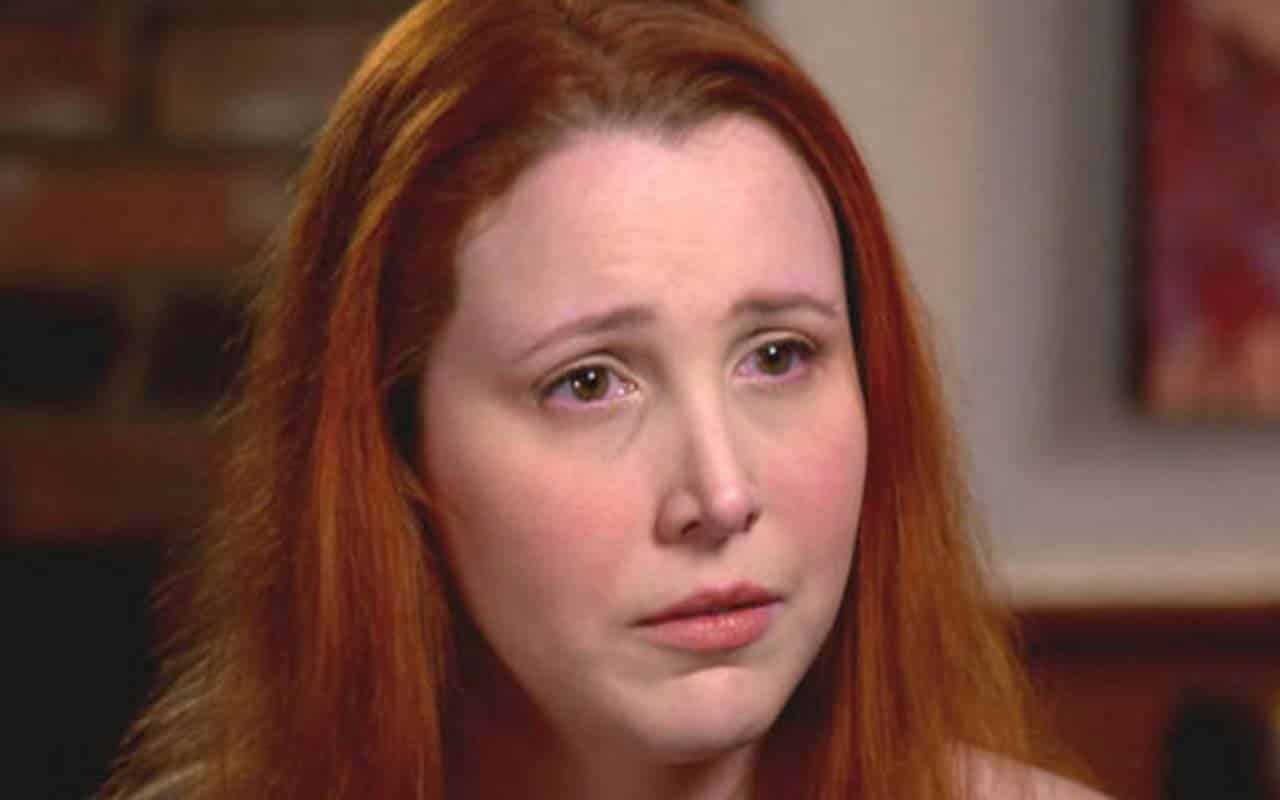 Court hearings began on March 19, 1993. Speaking on the first day, Allen said the sexual assault charge against Dylan was Farrow’s revenge for his romantic relationship with Sun-Yi. During the trial, the housekeepers and nannies noted that Allen was a good father and that Farrow’s accusations against him were “untrue.” One of the housekeepers admitted in court that Mia pressed her to support her accusations, and psychotherapist Nancy Schultz, who worked with Dylan, said that the girl “lived in her own fantasy world.”

Further, quite interesting nuances of the court case emerged, because one of Allen’s lawyers argued that Farrow’s lawyers offered to drop the charges if Allen agreed to pay about $ 7 million to Mia. Also, the recording, on which Dylan allegedly talks about her father’s act, was called “incorrect”, because her mother, and not a professional, shot her. But the team at Yale University New Haven put forward two hypotheses: “First, these were statements made by an emotionally unbalanced child, and then entrenched in her mind. And another hypothesis was that she was under the influence of her mother. We did not come to an unambiguous conclusion. We think it was probably a combination.”

Dylan’s first public comment on the case was in an interview with Maureen Orth for Vanity Fair in 2013. In the same year, Moses came to defend his father, publicly stating that “Mia taught her children to believe the stories she wrote about Allen.”

In February 2014, Dylan publicly reopened her allegations of sexual assault against Woody Allen in an open letter published by a friend of Farrow’s in the New York Times.

“It all happened in a small attic of a country house in 1992. He ordered me to lie on my stomach and tinker with a toy train. At that moment, he began to touch the causal places in a completely unparal way,” said 32-year-old Dylan.

The girl resumed her accusations many more times and was published in various popular publications, she also appeared on various talk shows, where she told her story.

In addition to other brothers and sisters, the only biological son of Woody Ronon, a fairly well-known journalist and lawyer who received the Pulitzer Prize, stood up to her defense:

“I believe my sister. It was always true when my brother trusted her and even at the age of 5 was disturbed by the strange behavior of our father around her: he climbed into her bed in the middle of the night, forced her to suck his thumb – behavior that prompted him to start therapy focused on his inappropriate behavior with children even before the accusations. “

Sexual accusations have had a huge impact on the director’s career. Many actors refused to work with him, and cinemas and streaming services to show his films. In 2017, Dylan reminded of herself again when the #MeToo movement emerged, and former Baby model Christina Engelhardt threw the heat on the fire, revealing that she was Woody Allen’s mistress from 1976 to 1980. She was then 16 years old, but both understood the situation perfectly, and she does not regret anything.

Also, the public scandal was not allowed to be forgotten by the documentary series “Allen vs. Farrow” in 2021, after which Hollywood and the world again took up arms against the director. But the series shows only one side of the conflict, because Woody did not give his consent to an interview for this project and did not appear in it, although the show included excerpts from the audiobook of his 2020 memoirs. 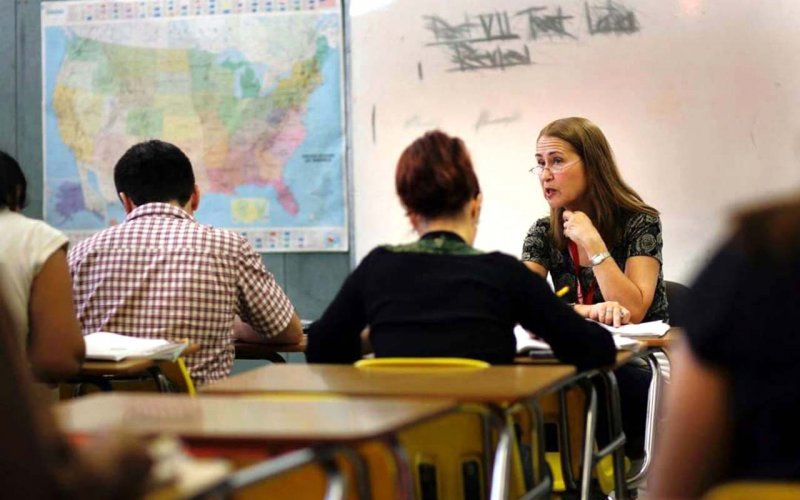 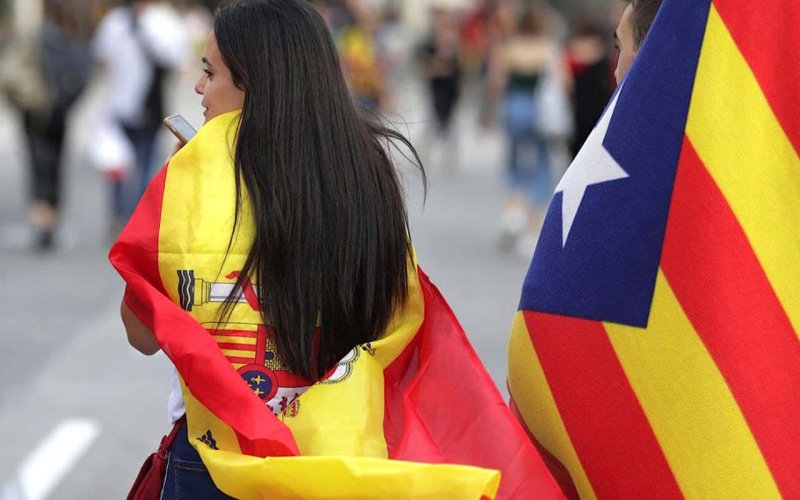 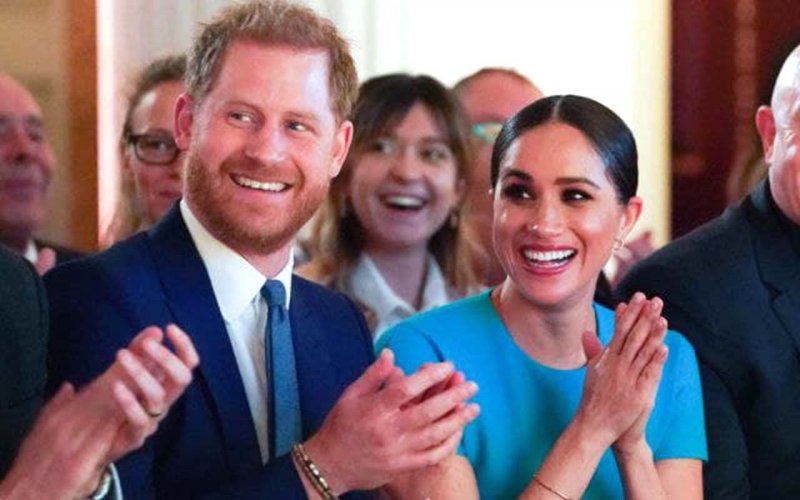 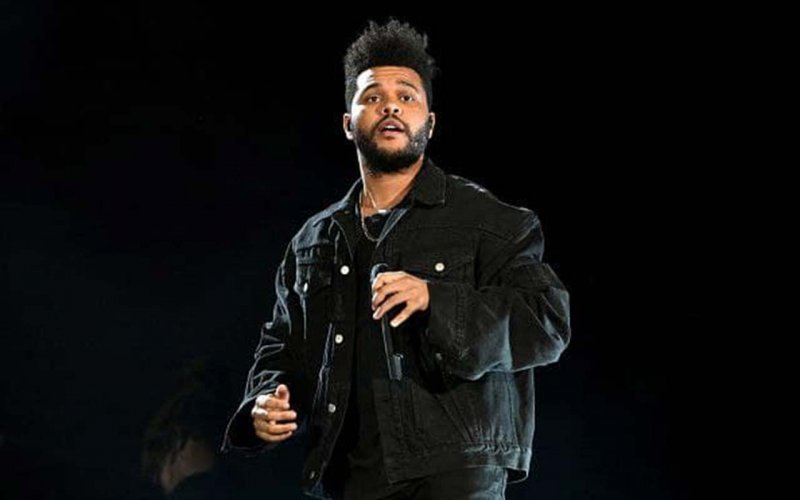 Who is the most streamed artist on Spotify?
90
0

Who is the most streamed artist on Spotify?
90
0

Who is the most streamed artist on Spotify?
90
0
Блоги
Все блоги 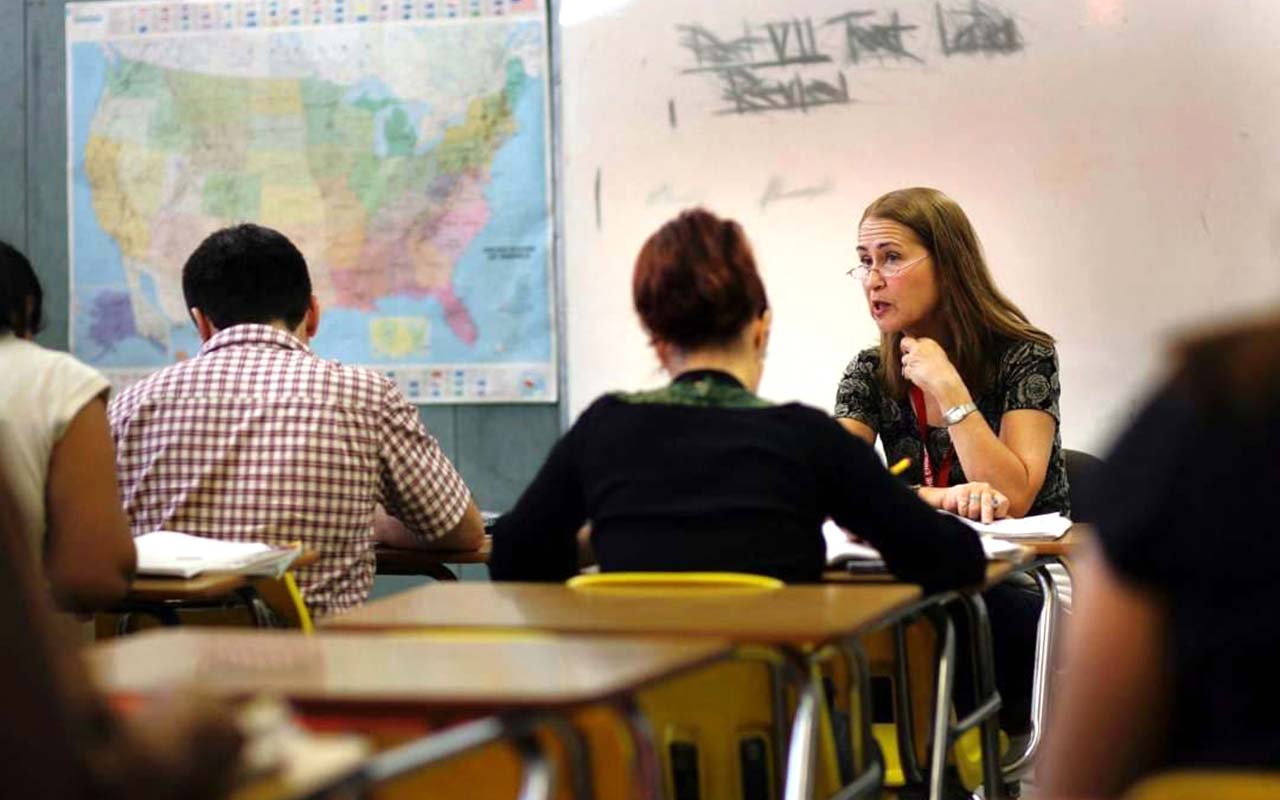 In the UK, Annette Plaut, a senior fellow at the University of Exeter, has been awarded £100,000 in compensation for being fired because of a “too loud voice”. The Guardian talks about it. According to Plaut, she worked for 29 years in the department of physics, and before she was fired, she was twice suspended from work and forbidden to communicate with colleagues – because of...

In Spain, young people will be paid an allowance to help move away from their parents
59
0
Politics

Who is the most streamed artist on Spotify?
90
0
Culture
Видео новости
Все видео

In Spain, young people will be paid an allowance to help move away from their parents

Prince Harry and Meghan Markle scam Spotify out of $25 million