Why millennials are choosing astrology over religion, and turning it into a business 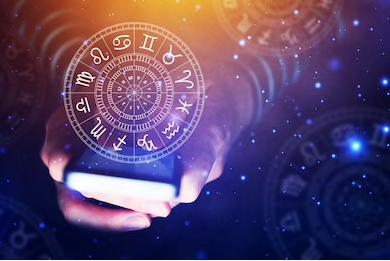 When Coco Layne, a Brooklyn-based producer, meets someone, the first question isn’t your typical “Where do you live?” or “What do you do for a living?” but rather “What’s your sign?”

Interest in spirituality has been booming in recent years all whilst interest in religion plummets, especially among millennials.

The psychic services industry — which includes astrology, aura reading, mediumship, tarot-card reading, and palmistry, among other metaphysical services — grew 2 percent between 2011 and 2016. And this number continues to rise today. Today, it is worth $2 billion annually, according to industry analysis firm IBIS World.

The phenomenon of astrology is far from novel and has been around since ancient times. While it has skyrocketed during the New Age movement of the ‘60s and ‘70s in California when people were trying to achieve a new state of love and light through personal transformation and healing.

Yet, at that period in time, long hair and a hippie-esque style showed a certain affinity to the belief. And while its aesthetic manifestation may not be socially accepted today, the substance remains as crucial as it was then. In our uncertain world, turbulent with political distress, economic instability, and social inequality, astrology came back into our lives to reassure us when needed. With
religion unable to conform with the millennial mentality, it seems ancient ideologies are making a comeback.

Читайте также:   Glamour and cinephilia are the ingredients of the Cannes Film Festival’s signature cocktail- but how does the festival stay Buoyant?

And it also provides to be profitable for the business. Just like with every cultural movement, the fashion world latches on, in visible appreciation, or appropriation, but cementing the trend’s status. In 2018, hyped French fashion house Vetements dropped a range of zodiac t-shirts, showed a small symbol of the sign in the front and a written description of the associated character traits in the back.

Leading the astrology industry is Under Lucky Stars, a personalized star map company accommodating the needs of celebrities worldwide. Being the first and only original personal star map company, Zoltan, being a software engineer combined with his interest in science and astronomy, embarked on the ride of his life to bring the stars – along with their cosmic force – to your doorstep.

“When we think about it, the place we’ve been, the experience we had, the people we met and the emotions we felt guided us in this turbulent journey called life. They guided us to the person we are today. They made us who we are – stars in this galaxy. And here, Under Lucky Stars, was born.”

Читайте также:   9 Ways My Perspective On Life Changed Amongst The Glamour Of Monaco

The journey in their success comes from accuracy. Just like in business, there is no substitution for real-time facts and figures. The same counts for astrology. To make sure they stay on the right track, Under Lucky stars lets their maps be verified by a third party – and not just anyone, I may add. By no one other than Dr. Tom Barclay who audits the star map by performing a code review on the star charging algorithms.

But Tom is, as he is currently working for NASA as a research scientist in their TESS mission looking for Earth-like planets orbiting distant stars. Then, all that’s left is to make a map dedicated to your special moment, and you’re set for life.

We live at the forefront of technological advancement, and with explanations for almost everything, we’ve created a desire for the mystical. The mere thought that everything — from science to politics to human interaction — is based on realistic explanation is frightening and tiresome at the same time.

Читайте также:   Why you should embrace the future of retail, mobile, online, and digital-only banking technology

We want life to be unexpected, surprising, mystical and comforting all at once, and maybe that’s what astrology offers us. Fundamentally, it allows us to understand life’s random events and put them into order: If things at work aren’t going well, maybe the position of the moon can help to gain new energy, it is okay to take some time for self-care now that the Sun moves into Capricorn.

Whether it’s just a fleeting Instagram trend or a viable belief that came to stay and regardless of whether its millennial followers are doing it for real or for the ‘gram, astrology acts as an untainted escape from the injustices and damaging rhetoric that perpetuates so many aspects of our everyday life. In a time of economic turbulence, what’s the real harm in finding solace in the stars?