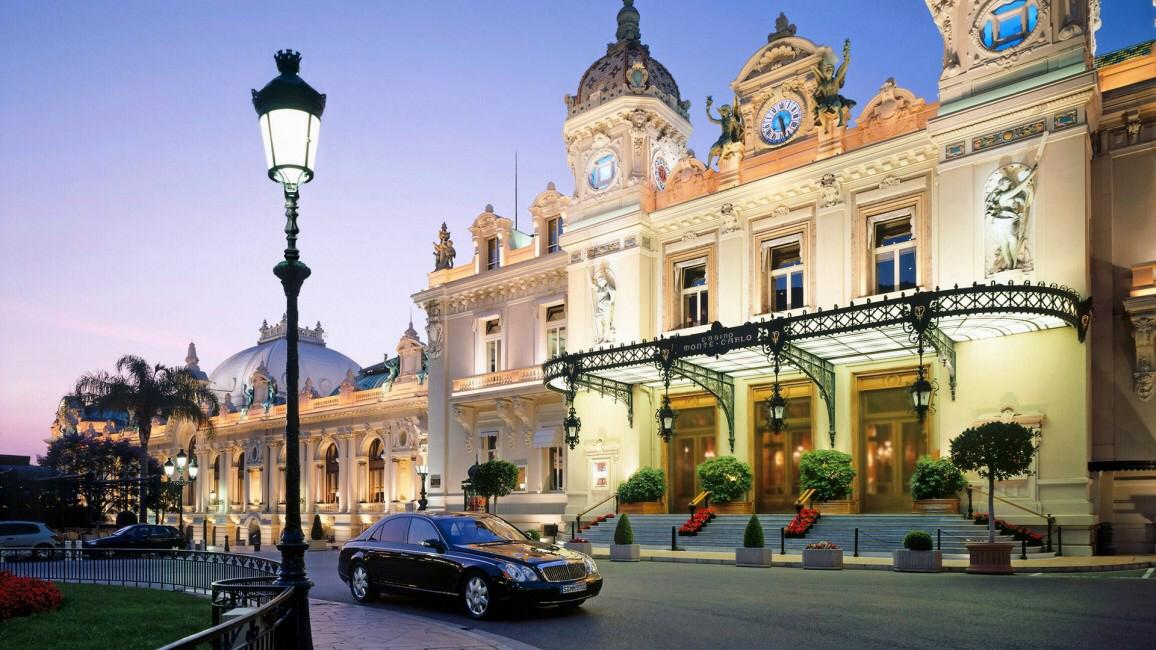 Standing across from a 20-something, and glancing at her extraordinary, $500,000 Jacob & Co. diamond necklace shimmering in the evening light, I couldn’t help but smile.

She was wearing all white, as if attending her own wedding, and standing next to her husband, 20 years her senior.

He was contemplating a one-of-a-kind, million-dollar watch, which had a turning earth for dials.

Her hair shined, almost as bright as her newest diamond addition, and her teeth looked like they were made by the same jeweler. The husband wore an elegant black Zilli suit, and he took out his wallet every time something shiny caught his eye.

“I have seen this before,” I thought.
My reactions to people’s spending patterns varied, as did my ability to keep a straight face every time I witnessed people spending fortunes on extravagant parties out of sheer boredom.

They also made these purchases out of true devotion to their loved ones, or for the sake of collecting art.

But standing there, in the midst of all the glitter and glamour, at one of the most exclusive events Monaco has ever hosted by any jewelry designer, I found myself wondering how much I’d changed.
So, to shed some light on how my life perspective changed, here are nine things I learned in the world’s smallest principality:

With its panoramic coastal views of the Mediterranean Sea and absence of income taxes, Monaco has long been known as the glamorous tax haven of the French Riviera.

With an area of just 2.2 square kilometers, and home to a “indigenous” population of just over 24,000 (and total population at around 35,000), it is one of the smallest and most densely populated countries in the world.

When I asked one of the residents, a former Parisian woman in her mid-40s, what she would describe as “luxury,” she smiled broadly and replied, “Exclusivity, bien sûr!”

“I want my clothes, my perfumes and my interior design to be unique. I want to have what no one else has, chérie” she said. “If everyone has it, I don’t want it.”
Luxury is more than a lifestyle, I learned; it’s having the unattainability people strive for.

People would rather flee halfway across the world than face reality.

“Monaco is a fairytale country because it’s so far from the realities of daily life for ordinary people,” said Pauline Zanzer, who graduated from the International University of Monaco with an MSc in luxury management. She is currently the founder and designer behind the limited edition handbag collection zanzerart. 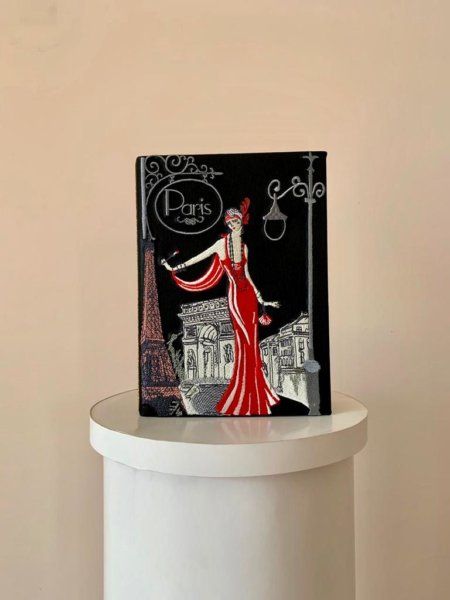 “It’s like one big, or better miniaturized royal court, where everybody thinks he is king not for a day, but for life. Luxury makes people forget about the tragedies in the world. “Thousands of cameras and a police force comprising a third of the 24,000 population makes it the most secure place on earth.

“Monaco is a well-oiled machine comparable to Disneyland; it’s a protective environment with entertainment for adults.”

I learned that a fairytale life has its advantages over the harsh realities of a world in turmoil. Mel Brooks was right: It’s good to be the king.

What may be considered as “wealthy” in one country can be considered as “poor” in another country.
While admiring one of the most spectacular watches on display at Jacob & Co., a Malaysian couple approached me (thinking I was part of the crew) and asked me for more information on the diamond-covered watch.

Obviously amused by their reaction, I explained I knew very little about diamonds, and I offered to ask around if someone could provide the woman with more information.

“No need to ask around, darling,” she said. “I’m pretty sure that we couldn’t afford this beauty.”

Thirty minutes and two glasses of champagne into the conversation, the woman admitted to being the descendant of one of the most powerful families in Malaysia.

But around high season in Monaco, she certainly didn’t feel like it. Wealth is relative and dependent on the social environment.

Everything is a question of comparison.

4. EVEN IN THE SMALLEST PLACE IN THE WORLD, PEOPLE STAY IN THEIR COMFORT ZONES.

I’ve never been attracted to the idea of staying within my own comfort zone. Granted, it’s comfortable, but it doesn’t exactly leave much space for experience.
While looking at the same faces, standing in the same social circles and discussing the same topics, it doesn’t take much time to realize most people are afraid to seek the unknown.

They’d rather stay in their natural habitat wherever they go.

Whoever said “diamonds are a girl’s best friend” must have been seriously sexist. In my experience, it’s the men who are drawn to the most expensive pieces.
Jewelry exhibitions prove that men are buying more than women.

“There is rivalry among men about who has the most exclusive watch. The jewelers who can make their customers their friends are the most successful,” explained Pauline, who also examined people’s spending patterns as part of her degree. “If you want to be rich, you must first start to appear rich. Rivalry has changed throughout time, but never disappeared.”

Eleanor Roosevelt once said, “The purpose of life is to live it, to taste experience to the utmost, to reach out eagerly and without fear for newer and richer experience.”
During the high season on the French Riviera, people only live for one moment or the next event they’re attending.

Striking up a conversation with a former model, she instantly started discussing the pool of men around us.
“I don’t mean to be rude,” I said, “But don’t you already have a boyfriend?”
“Oh, you mean him? Well, you can call him my boyfriend. I call him my sponsor.”
Need I say more?

8. AVOIDING PEOPLE IS NEVER AN OPTION.

It’s hard to avoid the same faces that are constantly walking down the street beside you. So, avoiding someone is never really an option.

If you see your ex-boyfriend walking with his new girlfriend, don’t hide. Instead, casually say hello and comment on how beautiful the woman’s shoes are, even if you wouldn’t be caught dead wearing them.

One of the most memorable conversations I’ve ever had was with the family of a jeweler. His familial duties made him bring his entire family to Monaco.

Commenting on his beautiful designs, the family conversed with more kindness and openness than any other group of people I’d ever met.

“Your family must always come first,” they said.

Businesses can fail, but family is forever.

Читайте также:   4 Essential Travel Secrets every Jet Setter wants you to Know Before Your Next Trip
7,577
73
0

FOSTYLEN KIDS Май 2022_curves Читайте также:   Why start-ups are choosing an office by the Seine over a view of the... 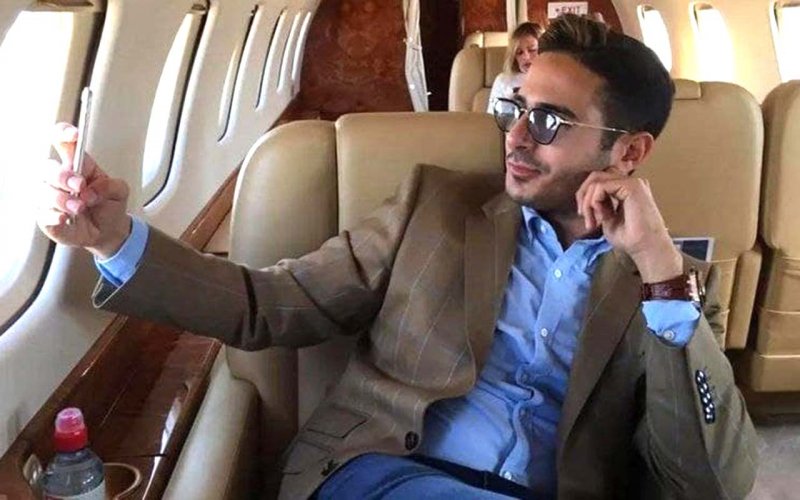 FOSTYLEN KIDS Май 2022_curves Читайте также:   Glamour and cinephilia are the ingredients of the Cannes Film Festival’s signature cocktail- but how does the festival stay...